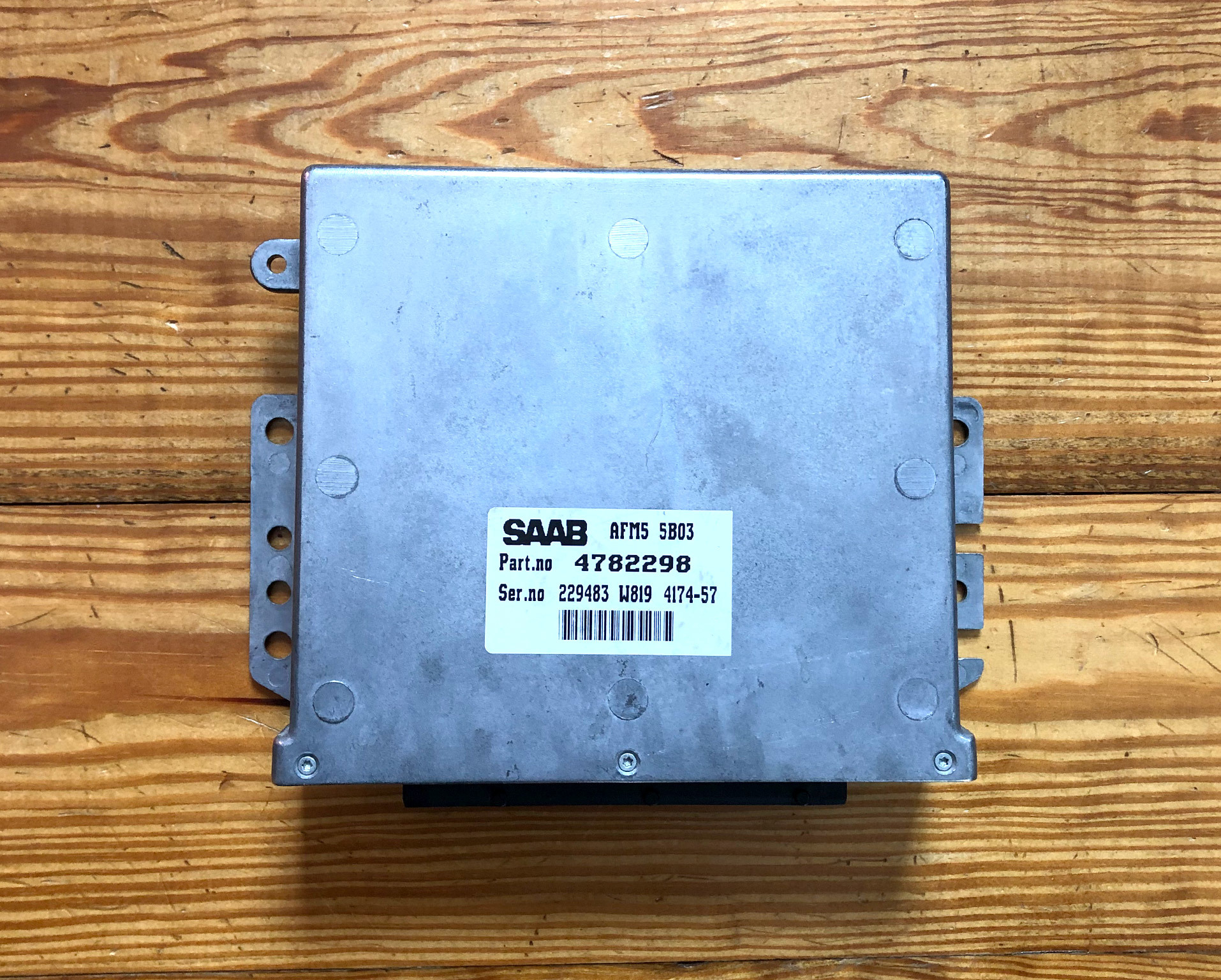 Trionic 5 was SAABs own in-house development project that moved production EFI systems to the next level. Trionic was aptly named because it controls three aspects of engine performance.

Tuning Service does not include the ECU, you can send in any T5 working computer to have the work performed, or cores are available for purchase. Please contact me for more information.

Trionic Systems are sequential injection systems , meaning each fuel injector is fired precisely and controlled on an individual cylinder basis. Older, less sophisticated systems use batch firing techniques which are less efficient and changes to injection times (fuel adjustments) apply to all cylinders.

Ignition can be controlled to one tenth of one degree. It is also actively adapting to current running conditions to maximize power, efficiency and engine safety. The cornerstone of Trionic's ignition system is the Direct Coil On Plug (known as the DI cassette) design that offers both fantastic spark control, but industry leading ion-sensing for knock detection.

Boost Control is an often overlooked feature of engine management and was previously added as an afterthought. SAABs introductory APC system was just the start of what a boost control system could do. The integration into Trionic revolutionized the driving dynamics of a turbocharged car. Boost control also offers both the performance and engine safegaurd features that can change due to fuel quality and driving conditions.

While separate , each system is impressive in its own right, together, they react in unison to optimize performance and driver control. The next break through in Trionic 5 was the reverse engineering of ECM which opened up all of that control to tuners across the world. We have harnessed this power to create a line of products for both the DIY tuner and those who just want to enjoy the new found performance that can be unlocked.