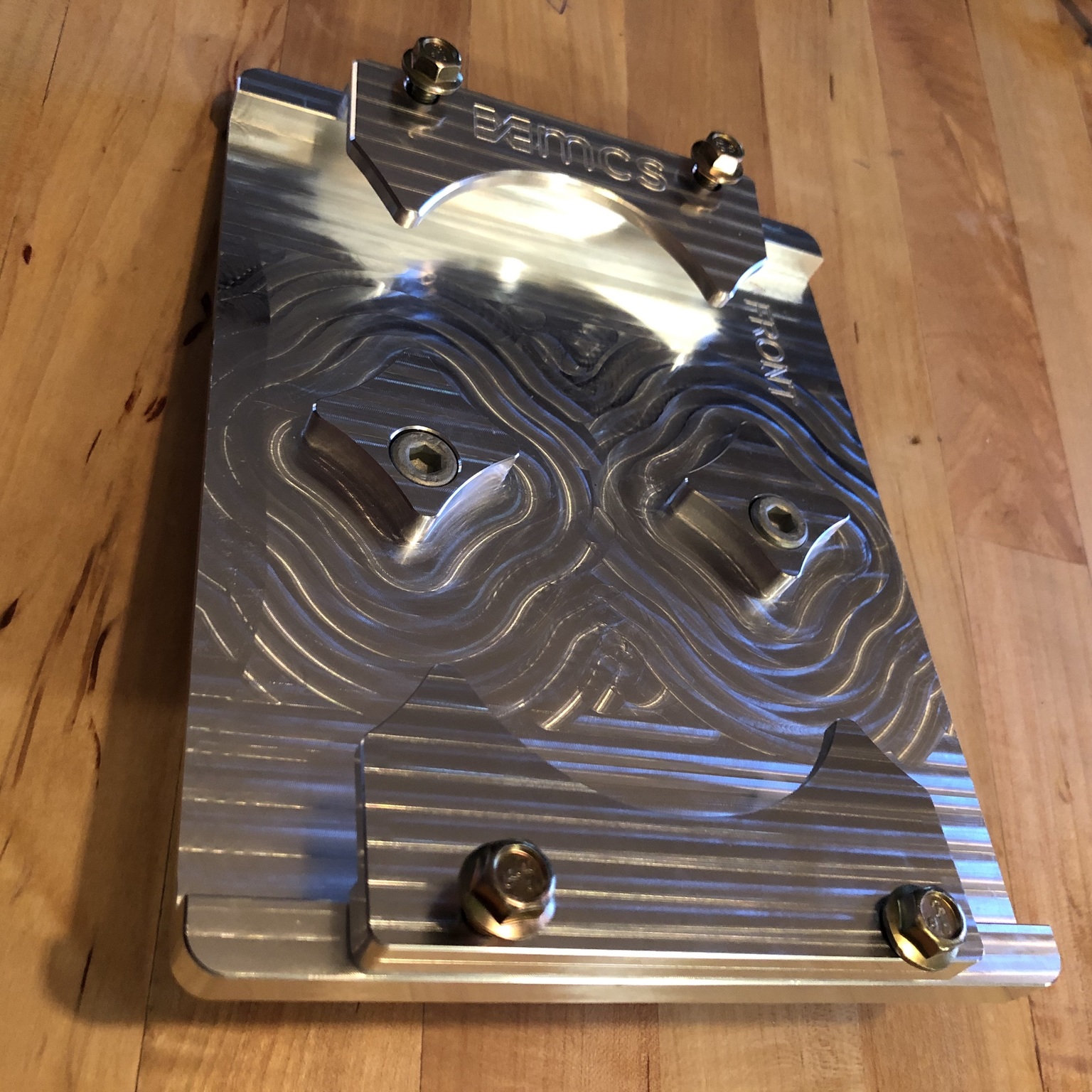 This battery tray kit relocates an Optima 25/75 or 35 series battery (9025-160 recommended, not included) to the opposite side of the engine bay to replace the airbox position. Included in the kit is the machined battery tray , hold down kit and installation hardware. Cable Option includes upgraded battery cables, alternator to starter cable and MCS solid support arm bushing. Two 13.5mm holes get drilled into the frame rail under the airbox to hold the battery securely to the chassis. Recommended filter box is K & N RC-5052AB (not included) if using factory intercooler. This allows you to run an enclosed filter box and route a fresh air intake as needed instead of using a hot air open intake at that location.

The standard placement of the battery in the classic 900 is certainly a compromise in packaging and not an ideal position. Battery life can be cut short due to prolonged heat exposure being next to the exhaust and being on the opposite side of the engine bay than the starter and alternator, requires long cable runs which increase electrical resistance. Lastly, it makes upgrading the turbocharger downpipe is nearly impossible due to the space limitation.

In the past, many have chosen the relocate the battery to the trunk, but this method has several disadvantages. A trunk mounted battery requires even longer cables, this in turn requires even larger gauge cables to reduce the increased resistance. Longer, larger cables are not only more costly in copper, but also quite heavy and bulky to run safely through the cabin.

Placement of the battery on the cool side of the engine bay not only protects it from exhaust heat , but allows shorter cable runs to the starter/alternator for better electrical performance. The upgraded battery cable option is recommended and includes the solid alternator support bushing.

Installation instructions can be found Here. Made from 6061 Aluminum in the U.S.A.